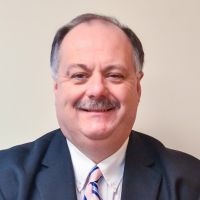 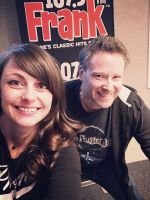 Start your day with Holly & Rick during the Frank More Music Morning Show as they bring you more of the songs you know and love, more good news stories, and more stuff that's guaranteed to make you laugh!

Plus test your knowledge of tricky trivia to win some cool prizes with the Frankly Impossible Question; feel so much better about your own bad decisions with the daily Moron Report; get up to date at 6:35a and 8:35a with 3 Things You Need To Know; and vote for your favorite vinyl selection every Friday morning with Frank's Flashback Friday!

All that plus local news and weather to start your day...as well as the greatest classic hits of all time -- and more of 'em -- from 5:30 to 10am each and every weekday on the Frank More Music Morning Show with Holly & Rick!

Don Shields has spent over 35 years working on Maine’s radio airwaves as a disc jockey and sports broadcaster. That includes a lengthy stint as a basketball broadcaster on the midcoast and with the Black Bear Sports Network. The Rockport native was recognized in 2015 as the recipient of the Maine Sportscaster of the Year award as presented by the National Sportscasters and Sportswriters Association based in Salisbury, North Carolina. Shields, who is known for his distinctive call of “bingo!” on a made 3-pointer, has been a fixture in Maine sports radio since 1985. He started his career in Maine at WCME in Wiscasset in 1985, then he quickly made the move to WRKD/WMCM, where he spent 24 years. He has been calling high school basketball games ever since. In 2007, Shields became a more recognizable voice to more Maine fans when he became the play-by-play announcer for UMaine women’s basketball team on the Black Bear Sports Network, a Division of Learfield Sports.

He also has been a varsity baseball coach for more than a decade, beginning with three years at the former Georges Valley High School and since 2012 at Oceanside High of Rockland. Shields is a 1978 graduate of Camden-Rockport High School and a graduate of the New England Broadcasting School in Boston. He got his on-air start in Western Pennsylvania, where he met his wife, Mary.? 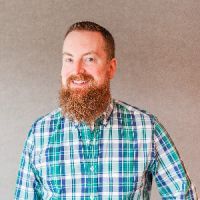 I grew up in northern Worcester County, Massachusetts. I had the benefit of growing up listening to radio stations in Boston, Worcester, Springfield, Manchester, and Providence, but it was the dearly departed WBCN Boston that left the biggest mark on me. I did four years at Boston University where the radio bug first bit me, at student station WTBU (notable WTBU alumni include a guy named Howard Stern). Upon graduating, I packed up the proverbial wagon and headed north to Lebanon, NH, where I worked in radio for five years before a relatively new station, Frank FM came calling in 2005. You've been stuck with me in the afternoons ever since, so, sorry about that.

My first ever concert was The Moody Blues in 1988. A couple of years later I discovered. Yes, and they are still my favorite band today. My favorite artist to interview has to be Todd Rundgren (I've had him on the show three times.) My music collection at home truly goes from ABBA to ZZ Top.

I'm a pretty private and quiet guy off-the-air. But you might see me at a local record shop perusing the "just arrived" bin. I'm a terrible runner, but that doesn't stop me from running Beach to Beacon every August! I'm also something of an amateur hiker. Give me a two-hour hike and a nice view, and I'm good. I love other people's dogs, and I am a cat dad at home. You might also see me taking turns down Rogue Angel at Sunday River, Lynx at Wildcat, or Walking Boss at Loon. (Fun fact, I've also been a radio ski conditions reporter for Snocountry over the past two decades. You can hear me on the radio everywhere from Massachusetts to Oregon in the wintertime!) 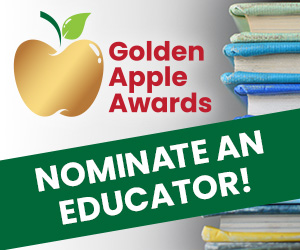